For over 65 years the British Florist Association (BFA) has provided its members with a number of tools and services to run their businesses successfully.

The BFA was established well over over fifty years ago in 1948. It was originally called the British Retail Florist Association, and was comprised of just a handful of florists who banded together to lobby government about a plan to tax funeral flowers. There was no appropriate trade body at the time and the BRFA was created to fill the void.

The BFIA grew in strength, working with not only florists but also British growers and wholesalers who. Eventually the UK flower industry would become so big that the growers and wholesalers would need to break away and form their own associations, focussed on their own specific individual needs. Subsequent to this the association continued on under a new name, the British Retail Florist Association (BRFA), once more focussing on the retail side of the UK floral industry.

In February 2010 the Society of Floristry (SOF) voted in favor of the acquisition of the SOF by the BFA – a transition that was completed in April of that same year. Since this this acquisition the British Florist Association now uses the term 'The authoritative voice of the British Floristry Industry' and represents UK florists on all different retail matters, provides training and education and many other membership benefits & affinity programs.

Lobbying government on behalf of the industry continues to be an important part of the BFA mission. Recently they have tackled a number of issues relevant to UK florists including a ban on flower deliveries to hospitals, various increases in business rates and proposed EU legislation.

Commercial matters top the list for BFA activity, but training is an essential part of their service. In 2009 the BFA launched management workshops focussed on managing through the downturn in the UK flower business, Valued at £500 per delegate these workshops were completely funded by the Train 2 Gain program and provided free to BFA members. These same workshops were further developed, evolving into what is called the BFA Skills Academy.

This series of regional events present an opportunity for UK florists to chat and network with peers in their area and typically include both a business component and design element with guest demonstrators/presenters. They are presented free of charge to all florists, on weekends and evenings, in all parts of the UK and Northern Ireland. Heats for various floristry competitions are often a key part of these events.

Fleurex, the annual BFA trade show and one of the biggest events in the floral industry anywhere. allows florists to collaborate on ideas that will help both their businesses and their customers.

Fleurex includes a wide range of exhibitors, demonstrations, design presentations and business sessions and other social events. The event takes place each year on the Sunday of the last weekend in October.

The British Florist Association organises a number of floral design competitions each year. These events are intended to capture and develop UK floral design talent. The BFA finds the under 25 contestants for the both the Europa Cup and Eurofleurs Competition. They are also proud to find the finalists for the Worldskills UK Floristry competition and also the very prestigious RHS Chelsea Florist of the Year competition.

Individual florists join the Institute of Professional Florists. This signals to customers, and the public in general, that the UK floral industry is diligently maintaining standards and that the individual is participating and undergoing continuous professional development. Members receive a certificate and right to use relevant letters behind their name. both based on the level of membership. They also receive discounted entry to the annual Fleurex trade show and BFA floral design competitions, and the BFA florist magazine.

Florist shops, online florists and freelance florists working from a workshop/unit join the British Florist Association. These  members receive access to the complete range of BFA member benefits in addition to a membership certificate they are entitled to display in their shop. They also receive a special window decal on an annual basis, one that indicates to customers and the public that the shop belongs to the premier industry trade association and abides by its Code of Practice.

BFA membership adds value to members’ businesses and saves them money through a number of member benefits. More importantly it indicates a commitment to the florist industry and highlights professionalism to customers.

BFA is a member of  FLORINT, The International Florist Association.

This organization is a member of FLORINT, an international non-profit group that represents and supports the florist associations of the world, improves the businesses of floral entrepreneurs and nurtures the flower industry as a whole. 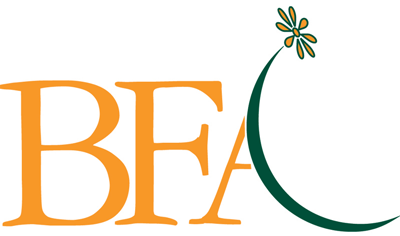 This organization is a member of FLORINT, an international non-profit group that represents and supports the florist associations of the world, improves the businesses of floral entrepreneurs and nurtures the flower industry as a whole.