Florists For Change was a not-for-profit organization of retail florists that changed their name to Real Local Florists in 2014.

Florists for Change Inc. was a not-for-profit Georgia corporation organized under Section 501(c)(6) of the Internal Revenue Code that hoped to become the voice of traditional retail florists across the United States and Canada.

Florists for Change believed that the state of the local retail floral industry had been in decline, with fewer florists overall enjoying less revenue and lower profits both revenue and numbers over the last 10 years. Traditional retail florists, often referred to as brick and mortar (“B&M”) florists found themselves at the center of an economic storm. Sales and profits had steadily declined with substantial local market share having been lost to non-traditional floral retailers and national wire service companies.

Florists For Change also included what they called Associate Members – companies that provide products and services to retail florists. FloristWare was honored to have been included as one of the original six, a group of established companies including Strider Florist 2.0, Flower Shop Network, MAS (McShan Abner Systems) and Advocharge.

At the 2014 Florists For Change held their annual national meeting and Technology and Profit Summit at the Las Vegas World Market July 27-30, 2014. At this meeting they announced their new name, Real Local Florists Inc. This meeting also recognized departing Board Members Betsy Hall (one of the founding "core four" members) and also Steve Juiffre of Vermont with special presentations. 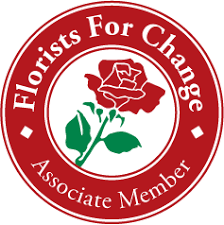